India vs England Preview - The Showdowns Of The Past

Less than 24 hours away from what is without doubt the most eagerly awaited cricketing contest since this years World Cup. There is a genuine buzz in the cricket world, both real and cyber, as we all eagerly await ball one between the top two test cricketing sides waging war. But why the excitement one must wonder? This isn't India vs Pakistan, this isn't the Ashes, this isn't the long ongoing battle between South Africa and the Aussies. Is there even a recent history between these two sides?

As it turns out there certainly is, and one arguably just as bitter and controversial as the aforementioned 'rivalries' of world cricket. Lets take a moment to re-live some of the classic moments where these two egotistic sides clashed. 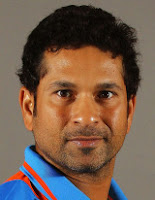 India were coming into this crucial world cup match in 2003 fresh off a spanking at the hands of New Zealand and poor wins over Zimbabwe and The Netherlands. Our friend Andy Caddick (who is not Glenn McGrath) decided this was a ripe opportunity to sink his boots into India, quoting "India hasn't been up to the mark" and the real gimme, "Even Sachin did not play well despite his century".
The Comeback
Now whatever the history, whoever you are, Sachin Tendulkar is the greatest batsman of the modern era, and Andy Caddick is... Andy Caddick. Needless to say he got smacked around like a silly school boy, conceding 69 from his ten overs, his career most expensive figures, including a pull shot that send the ball flying clean out of Kingsmead. Just for good measure, Tendulkar found his mojo after that and finished the tournament as the leading run scorer.


Flintoff (and Johnny Cash) vs The Indian Batsmen

The Gauntlet
Captain Flintoff seemed like a ridiculous idea at the time, and probably remains the case, but here was one match he can be remembered fondly for as the man at the helm. Setting India a gettable target of 313 with a full days play left, on a flat deck in India one should note, the match was looking like a either an Indian victory or a draw.

The Comeback
With Johnny Cash's 'Ring of Fire' for inspiration, Flintoff and friends ripped through the Indians in a stunning seven wicket collapse for 25 runs, forcing a series 1:1 draw when it should never have been. These were signs of the turning point for England, showing backbone when teams of the past would have crumbled into jelly. 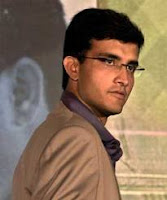 The Gauntlet
Skinny, blonde, baby-faced Stuey Broad took objection to the mauling England were receiving at the hands of Ganguly and Tendulkar in this brilliant match at the Kensington Oval. He decided to verbally dish it out to Ganguly being the tough guy that he is, something like a blonde Hugh Grant impersonating your favourite Schwarzenegger character.


The Comeback
Broad to Ganguly, SIX, stays over the wicket, not too much wrong with that but Ganguly opens his shoulders and drives that straight towards the pavilion for six - just over the boards. Creamed


Thank you very much. 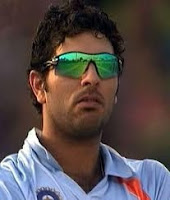 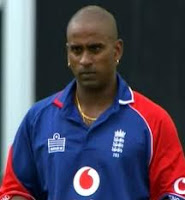 The Gauntlet
Same match, rewind a bit with Yuvraj Singh inexplicably entrusted to bowl the last over of the England innings. The underrated Dimitri Mascarenhnas happily plowed five consecutive sixes and left India chasing at least 20 runs more than they should have been. Yuvraj finished up with tail firmly between legs.


The Comeback
This came much later in *that* T20 series, with our blonde bombshell Mr Broad reaping the wounds of vengeance. Citing the Mascarenhas Mauling as the inspiration (as well as Freddy giving him an earful), Yuvraj set the match, the tournament, and the game itself on fire by blasting those six consecutive sixes. It doesn't stop there either as his recent ODI record vs England shows plenty of plundered red cherries since then.


Zaheer vs The Jelly Beans 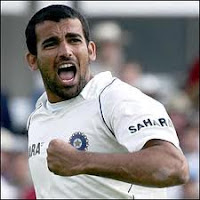 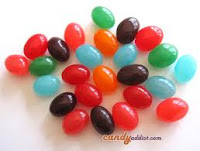 The Gauntlet
By jelly beans I do not mean a subtle metaphor for the English cricket team, I mean quite literally jelly beans. Taking the game and the rivalry to truly kindergarten levels, our mature English cricketers chucked a few jelly beans onto the pitch as Zaheer was batting. An action, almost equally ludicrously, Cook later described as being "blown out of proportion". This is a cricket match Mr Cook, not daddy day care.

The Comeback
A justifiably angered Zaheer found some of that promised old spark that ripped out Steve Waugh's stumps those many years ago. He tore into the England batting line-up and made sure Michael Vaughan's century ended in vain, giving India an easy 73 to chase and win. Sprinkle in some typical Sreesanth madness with shoulder barging, beamers and foot-long overstepped bouncers, this truly was a bizarre test match. More of the same please.

The Gauntlet
The daddy of all confrontations, the clash of two supernova sized egos. Yuvraj, a pretty average test cricketer, started mocking Pietersen's rib injury by taking the mickey and making exaggerated limps while fielding. Not a great idea from a man who battles weight and laziness himself.

The Comeback
Pietersen gave Yuvraj a piece of his mind with this gem "you are a cricketer, you are not God. Concentrate on your cricket. I am tougher than you". Funnily enough it didn't end there either, with Pietersen calling him a "Pie Chucker", and Yuvraj ironically getting him out a few times with the very same loopy pies. This contest ended as a draw perhaps? To be continued?
Yes there is a history, there will be clashes, there will be skeletons dug up from the closet, everything a great cricketing contest needs. Lets hope the rain stays away.


Any confrontation missed? Feel free to add in the comments section.

Posted by The Cricket Musings at 4:24 PM