Ironic that these two are simultaneously headlining the world of cricket today. Oddly enough it's not India nor Pakistan who are at the forefront of the latest scandals to emerge, instead the beacon is shining on the calm and friendly backwaters of New Zealand cricket.  Who would have thought?

How Bad is it?
Whether corruption exists or not is not even a question. It's there, it's been there for a couple of decades at least. It's been there in plain sight in front of administrators, players and audiences alike. Until recently all have chosen to sweep it under the carpet and pretend it's not real. We all stand with our eyes closed and fingers crossed with an elephant in the room, chanting "if I can't see you, you can't see me".

The real question is not if the elephant is there, but instead just how gigantic it is. I'm not even sure I want to know. If it's so bad that the ICC pretend it doesn't happen, the full truth will get ugly.

An example of the ignorance: the famous India-Pakistan World Cup Semi Final. The ICC watched on all smiles as arguably the two most corrupt teams in the sport engaged in a scripted farce.

The Butt-Asif-Amir affair had undeniable evidence, only then was something done about it. What about those hundreds of cases of obvious under-performing and rigging that didn't have concrete evidence?

But How Did New Zealand Get Involved?
Before the IPL kicked off there was this awful thing called the ICL. This 'rebel' league was basically a hunting ground for disgruntled ex-players to make easy undeserved money through staged exhibition games which nobody cared about. Heck even the ICC wanted nothing to do with it, and that says something.

And as far as disgruntled ex-players goes, New Zealand had plenty to offer. We fielded enough players to almost form a special New Zealand ICL Team:

... and in plain sight we have a potential list of corrupt kiwi players. And in fact a pretty solid team, that lot would probably have beaten the real black caps. Notice how almost all of them disappeared completely from the cricket world other than to take on match fixing allegations. The exceptions being Bond and McMillan.

Of that list, three guys have been named as possible riggers of the game. Lets spotlight these:

Who?
He kicked off his career in fine style by smashing a McGrath-Gillespie-Lee-Warne attack around (in Perth no less). Destined for big things, it instead was a career of licorice all-sorts consisting of handing out towellings as an opener, some wicketkeeping, a patient double hundred against Sri Lanka (he was dropped from tests for good not long later) and finally re-emerging from the IPL as a T20 gun for hire wielding a ridiculous mongoose bat.

Why do we care?
Vincent started this whole mess by doing the unthinkable... actually fessing up. He openly admits to match fixing, very rarely ever done given how much of it really goes on.  This might trigger a chain of events that will blow the lid off the whole thing as apparently he has a 'treasure trove' of information. To be honest I think whatever he has is probably still not the whole truth. 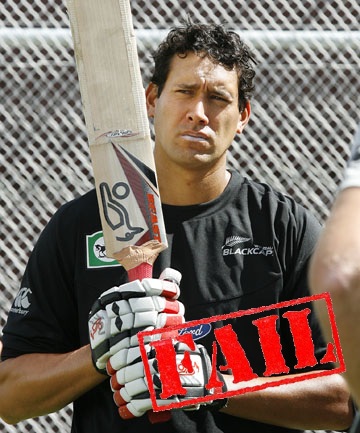 Who?
Once had Ganguly terrified of him, he was never a particularly bad bowler and probably would have made a decent career next to a spearhead. That spearhead was the always-injured Bond, which exposed Tuffey directly to some Jayasuriya assaults which would keep him out of the game. Also famous for partaking in dodgy videos.

Why do we care?
The over from hell.

Seriously? 4 no balls and 3 wides? There were no alarm bells ringing after that?
Fleming had none of it and took him off for the rest of the game, and Tuffey barely played again at the top level. Interestingly Cairns at mid-off gives him a re-assuring pat on the back during the over. Hmmm... 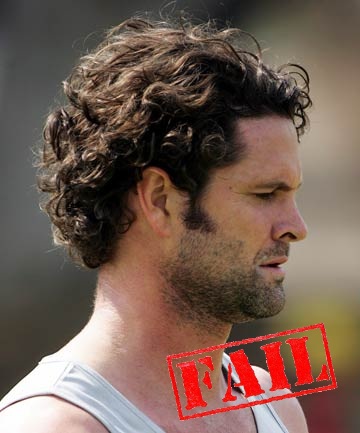 Who?
The kiwi all-rounder legend that almost was. At times he was as good as any and could take teams apart with both bat and ball. Sadly this hardly ever happened, and you can only single out a handful of truly great performances (but they were bloody great).  In the context of the Black Caps he was looked upon fondly and much beloved, and he has a better record than the vastly overrated Flintoff.

Cairns had a strangely sudden retirement and I had the honour of being there live for his tragic farewell innings of 2.

Why do we care?
He was apparently pulling all the kiwi strings in the ICL with the dodgy briefcases and Dubai trips. Vincent named him. Squeaky Clean McCullum named him. He retired completely out of the blue, slammed ODI games as being boring and was the captain of the ICL team.  Lalit Modi, the king of cricket corruption had the audacity to sue Cairns for corruption.

The buck stops at Mr. X.

Maybe I am just being harsh, Cairns and Tuffey are pleading innocent... what if they really are?

And maybe the ICL was just a collection of annoyed players who weren't getting picked, I mean its not like anyone actually came out years of retirement just to play in the ICL right?

Posted by The Cricket Musings at 11:53 AM